This post goes back a bit to our suffrage tea in September, but it's baking-related, so if you feel like adding a 1915 twist to your holiday baking, it still applies!

For the suffrage tea I made a recipe from Suffrage Cookbook, published in 1915 by the Equal Franchise Federation of Western Pennsylvania, called "marshmallow teacakes." This recipe intrigued me for a few reasons: first, it's from a suffrage cookbook, but it also uses some spiffy new popular tech from the 1910s--prepared foods.

Suffrage cookbooks were produced throughout the United States from the 19th century through the 1910s to raise funds, share ideas, and promote community within the suffrage movement. Cookbooks also helped strengthen the idea that women were masters of the domestic sphere, and therefore deserved the vote to be able to participate in politics (which affect domestic life) while countering the depiction of voting women as neglectful of traditional female tasks (like cooking). Diverse contributions to such cookbooks promoted varied representation for women from all walks of life fighting for the right to vote--as well as gave them a chance to network and advertise for their cause.

In addition to supporting the image of voting women as still domestic and providing a perfect fundraiser, suffrage cookbooks also provided an avenue for exchange--leading to possibly my favorite parts of the cookbooks. First, each book lists its contributors. To modern eyes these lists range from a "who's who" of the suffrage movement (the book pictured above features contributions from Lucy Stone and Alice Stone Blackwell, for example) to complete unknowns. Cookbooks were an equalizing platform--women who wouldn't get up and give great speeches at a rally could still show their support by submitting a recipe. Second, women (and a few men) didn't stop at recipes; they also submitted useful remedies, inspiring quotes, and satirical pieces. The 1886 Woman Suffrage Cookbook published in Boston includes a section called "Eminent Opinions on Woman Suffrage" along with sections on cakes, sauces, and meat preparation.
My recipe comes from a more contemporary cookbook for 1915, our year of choice for the September rally (it's really been less than 100 years since women could vote). In addition to popular recipes for the early 20th century, it includes two truly fabulous satirical pieces: "Pie for a Suffragist's Doubting Husband" and "Anti's Favorite Hash." To give you a taste (pun intended...) here's the latter:


"Anti's Favorite Hash
(Unless you wear dark glasses you cannot make a success of Anti's Favorite Hash.)
A little vitriol will add a delightful tang and a string of nonsense should be dropped in at the last as if by accident.
Stir all together with a sharp knife because some of the tid bits will be tough propositions."
I think this really captures what I think is so interesting about these cookbooks. On the surface, they were in both in keeping with the common message (that women's domesticity was exactly why they should have the vote) and counter to the "anti" side (that voting would stop women from completing their household duties)...but underneath they were a tool for organizing, for sharing words of encouragement, for venting frustration, and for furthering their political aims. Suffrage cookbooks were more than domestic fundraisers--they were a political act.

Which brings us to the recipe I chose. Here's the recipe from the book (which you can check out in full over at Project Gutenberg):


"Marshmallow Teas
Arrange marshmallows on thin, unsweetened round crackers. Make a deep impression in center of each marshmallow, and in each cavity drop ¼ teaspoon butter. Bake until marshmallows spread and nearly cover crackers. After removing from oven insert half a candied cherry in each cavity.
These are excellent with afternoon tea."
Marshmallows were widely available as tinned treats in the early 1900s, and by 1915 were made using a very similar recipe to that used today (which uses gelatin for a more "stable" product). In fact, there was a local marshmallow and marshmallow creme factory in Melrose, which opened in 1913. The factory was run by Amory and Emma Curtis, a savvy brother/sister team. Emma was a businesswoman, with knack for marketing--she cultivated the image of herself as a kindly older lady with a gray bun, and became the face of "Miss Curtis' Marshmallow Creme." In 1915 the Curtis Marshmallow Company displayed at the Panama Pacific Exposition, where their marshmallow creme won a gold medal. The booth was staffed by women with gray buns--Emma Curtis's brand. So marshmallows are particularly apt for a Boston suffrage tea!

Similarly, candied cherries were also available for purchase in the 1910s. There isn't nearly as much information about their origin as a mass-produced item, but I found several patents for candied cherries from the period (such as this one for Fort Snelling products in 1915), so I feel comfortable saying it's quite possible a modern woman might have had them on hand. Not to mention they were quite the popular ingredient in 1915--everything from peach custard to Christmas cake to plain in a bowl--so the teacake recipe is a perfect period bite. I particularly like this description of candied cherries from the Ohio Farmer: "No decoration for cake or other confection is more vivid that preserved and candied cherries."

So with the three main ingredients picked up at the grocer, it would be easy to whip up some marshmallow teacakes after a day of picketing, singing, and speechifying for woman's right to vote!

To make the marshmallow teacakes as instructed in Suffrage Cookbook, I started with store-bought marshmallows and "old fashioned" tea biscuits. The original recipe calls for unsweetened crackers, but I couldn't find anything unsalted that went acceptably with marshmallows. After some experimenting, the basically-unsweetened tea biscuits were easily the best choice, not adding unneeded sweetness and solid enough to support the marshmallow during and after baking.

Next, I needed candied cherries...but I couldn't find any! It turns out most stores only sell them around Christmas, and trying to find them in September was a lost cause...so I had to cheat and make my own. They're not nearly as vibrant or well-shaped as manufactured ones, but they tasted just fine. (I picked up a bunch at the store for next time, but you can also order them online if you give yourself time.)

To be honest, these were a little too sweet for me, but they went over better than I expected at the tea (I mean, they're basically just marshmallows and cookies so what's not to like?), and I was pleased to add something so perfect for the occasion. Here's my final recipe--it's a bit different than the original, but I think the spirit remains.

standard-size marshmallows (on the small side is better than large)
tea biscuits (I used Nabisco Social Teas, but round* Rich Tea biscuits would be even better!)
candied cherries

Preheat oven to 200F.
With a small knife, hash one long side of each marshmallow so that the powdered coating is broken up, and the sticky inside can meet the biscuit, and make one hole in the opposite side (I cut a small "+"). Place each marshmallow on a tea biscuit, hashed side down. Bake for 2-3 minutes, or until marshmallow softens and begins to melt, attaching to the biscuit below. While marshmallows are still soft, place a candied cherry into the hole on the top side. Cool completely.

So easy you can do it and still have time to march!

For more on suffrage cookbooks or Miss Curtis' Marshmallow Creme:
The Melrose Historical Society
"The Trojan Horse of Women Suffrage," Rare Books Digest
"How Suffragists Used Cookbooks as a Recipe for Subversion," NPR
"Hiding Spinach in the Brownies," Social Movement Studies
A list of suffrage cookbooks at the Old Girl Network
and weird but also related:
Somerville's Fluff Festival, honoring the invention of Marshmallow Fluff (but they don't mention the Curtises) 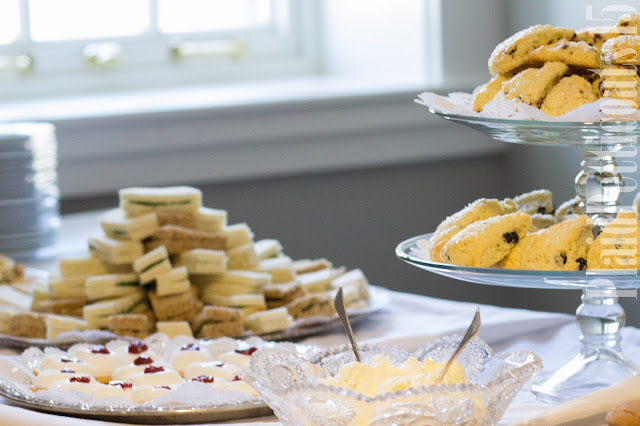 Holly for the Holidays

Everyone warned me that grad school is killer, and they weren't wrong. Turns out the thing that had to give was sewing...I haven't even started a project since my semester started. So no new projects and minimal time for research has led to a significant decrease in blogging. Boo!

But I am still doing things! The last few years of crazy sewing have paid off, and I can still make it to dance performances, balls, tweed rides, and random adventures without needing to make anything new.

Since my free time is so limited, I'm adjusting my sewing strategy for the upcoming year. Instead of my usual crazy sew-things-in-24-hours habits, I'm planning to make one fabulous outfit over the course of the next few months. It will be new and exciting! I'll also try to make some adjustments to the things I already have...maybe I'll even get around to closures. Hey, grad school may be the best thing that could ever happen to my poor ballgowns.

In the meantime, this Saturday the Commonwealth Vintage Dancers performed at Hamilton Hall as part of the Historic Salem house tours for Christmas in Salem. There were twelve stops on the tour, and each was decorated based on one of the "twelve days of Christmas." Hamilton Hall was the "nine dancing ladies" stop, so nine ladies (and three gentlemen) were dancing in the lovely ballroom for visitors! It was a long day, but really fun!
To keep with the holiday theme, I wore a white day dress (our performing standard) with a red ribbon at the waist and sprigs of holly in my hair. My plaid shawl is red and green, which was also perfect for the mood, but we're having an insanely warm December and I didn't really need it!


We did some really amazing, hard dancing, and in between there was fencing, blind man's bluff, and picture-taking. I got to pull out my Petzval lens in a lull in the afternoon, which was nice because it's been a while since I did any photography just for the art of it.


(I filmed this on my phone from the musician's balcony above the ballroom floor. It really felt like hanging out in the Regency for a bit.)

I was particularly excited to play with the special star-shaped aperture plate, which sends light through the lens through a star-shaped hole rather than a circular one. (The aperture is like the pupil of the lens, if the lens was an eye.) That means that particularly bright points of light show up in the images as the star shape of the aperture hole!

The Christmas tree's lights caught my eye for this experiment, and I am really happy with the way these turned out, even though the focus isn't super crisp. I look forward to more practice!

I've got one assignment left for the semester, five figgy puddings to make, and our annual Fezziwig's ball this weekend! Here's to a good start to the holiday season.
Posted by L. R. Stern at 9:18 PM 1 comment: