A Return to Form...and a Digression...


I've been absent on the internet between finals and coming down with an ill-timed fever, but I'm finally home, feeling better, and sewing again! yay!  I wanted to finish up the dress I've been working on since last year before I started my new projects, and today I made the overskirt which is one of the final steps!  If I can get the pleated bertha (neck piece) finished tomorrow, then everything will be done except all the bodice handwork (which is admittedly, a lot of work) when I get back to campus in January.  I posted about my research on the project while abroad; in Scotland I developed a victorian-level obsession with tartan, and after months of sifting through examples of tartan in 19th century fashion I settled on this dress as the major inspiration for my new 1860s ballgown:
The dress was originally worn in 1863 by the Princess of Wales to the annual 'Ghellies Ball' at Balmoral Castle, which was built in rural Scotland by Queen Victoria and Prince Albert as a vacation palace.  The entire thing was done up in tartans they designed--complete cultural appropriation but I find it sort of endearing that she was just as unrealistically enthralled with things as me...but with a (much) bigger budget.  Anyways, I went looking for more information, as the picture is not high quality and black and white, and found this: 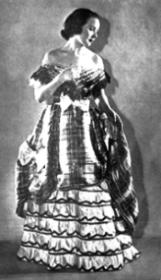 This image is of Queen Alexandra in the late 19th century, wearing what I think is an altered version of the 1863 ensemble. The dress was part of an auction in 1937 of the queen's wardrobe, and the auction site helpfully also lists the catalog for the event.  The original description reads:

"Plaid satin panniers in the Royal Stuart tartan over a separate skirt of white satin ruffles outlined in red, with internal stiffening. Pointed bodice with pleated bertha trimmed with black lace, and short white tulle sleeves. With belt and separate collar. Worn at the Scottish Balls at Balmoral when H. M. the Queen first came to England"

This filled in some of the gaps from the picture of the dress in it's original form.  The dress is the Royal Stuart tartan, and based on the shading of the earlier picture I'm guessing that means the Royal Stuart Dress (as opposed to hunting) version of the tartan, which has a white base.

Using this, I decided to make a new 1860s ballgown with a white underskirt, tartan bodice and overskirt, pleated bertha, and trimmed with black lace and red velvet ribbon.  It's not an exact replica of this dress, but it is heavily inspired by it.
I'm really excited to be almost done with the project!  I'm planning to wear it to the Returning Heroes Ball hosted by the Commonwealth Vintage Dancers in March...and as many other things as I can.

While sewing I started what will probably be a marathon of Jane Austen movie adaptations.  I ended up taking this quiz this evening, and was quite pleased with the results!


Hopefully there will be more exciting projects (and pictures) soon!

Getting in the Mood: Wild Westlands Speakeasy

So a week this past Thursday, the circus I'm directing called The Van Duzer Sisters and their Wild Westlands Show held a little preview event with a 1920s theme (the period of the show) to get up some buzz before campus closes for the winter holiday.  Normally when I think speakeasies I think down, but our space ended up being at the top of a staircase, which worked out swimmingly!


Two of the bands we're working with for the show (The Friendly Strangers and The Known World Radio Crew's house band) provided some lively music for us to kick our heels up to and we mixed up the evening with preview performances from some of the circus's acts for the show in February.  On a whim, I carted my family's card set up as well and we had roulette running throughout the evening to add to the atmosphere.
The whole shebang was a blast, and there were enough requests for a repeat that we may be popping up again sometime...we'll just have to see how many things I can rhinestone this holiday!  In the meantime, here are a few snaps of the night provided by my friend over at Visually Stunning. 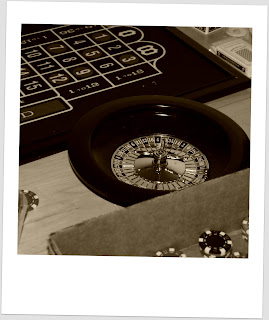 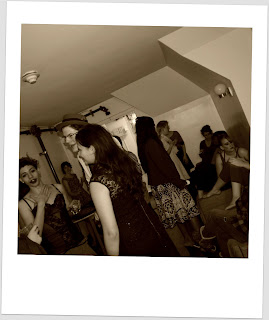 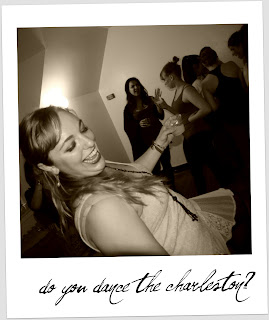 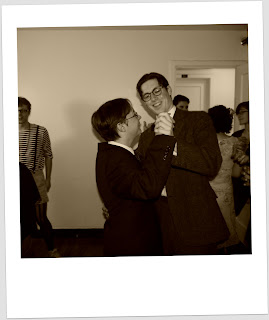 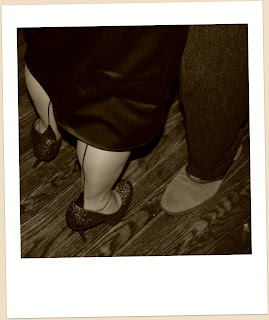 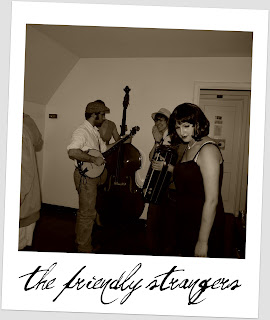 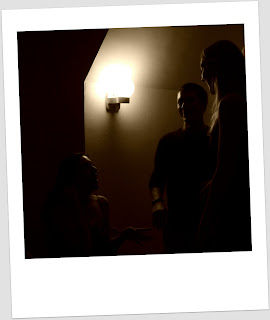 It was a lovely evening.  A little scandal, a LOT of glitter, and some flying fringe were the perfect combination for a step back in time and a hop 'round the floor.

I've been writing literary analysis like a madwoman, so I haven't had nearly as much time to sew as I would like.  However, I have been using my work breaks to play about with my camera and picnik (which is a pretty fabulous free online photo editing website).  It's all been experimenting with 'artsy' effects and color filters, but considering I have an old and battered digital camera the results have been pretty nifty.

I'm extremely lucky to have talented friends who love photography and are extremely indulgent of my love of dress up.

I'm currently working on two other posts, one on the regency corset I'm planning to make when I get home for winter break, and one about the speakeasy I threw last week as a preview event for the campus circus I'm directing in February.

Eventually when my papers are done and my thesis introduction is at a reasonable point, I'll be able to finalize them enough to post...or if I get bored enough at work tomorrow.  I suppose we'll see!

The speakeasy was a really lovely event, made even better by the fact that the apartment we used was a suite at the top of a private set of stairs--with our doorman at the bottom it was a perfect set-up for our guests!

The atmosphere was helped along by a healthy serving of glitter (easily one of my favorite things) and our cute dealer manning the Roulette table.  We planted publicity around the circus's blog and in the article on the school's student-run web magazine.  There are some really fabulous pictures, and I'll post them as soon as I can!

In general, even though I've abandoned my sewing machine for my typewriter (well, laptop), and had to mostly put my adventuring on hold until the semester is over, things have been off to a fabulous start.

I look forward to adventuring...let the plotting commence!

I started this blog as a place to talk about the things I make, the events I throw and attend, and the adventures I tend to have when least expected.  I've been thinking about it for a while, but as I am also a college student writing my senior thesis, I haven't had the time to sew or have adventures.  Now that I'm heading home for break, though, that's all about to change!  I look forward to sharing my adventures.