Fort Warren is a mid-19th century fort that was in use from the Civil War through World War II. The fort takes up most of the island, and during the Civil War it was a location for Confederate POWs. They had the run of the island--they just weren't allowed to go in the water. It's a national park, and if you're ever in the Boston area I highly recommend checking it out! It's fascinating. Although, to be fair, a big part of how interesting and educational the trip turned out to be was due to Paul and Laura, our friends and fellow dancers, who gave us the best tour. Paul knew a ton of really interesting things about the fort beyond it's general history, and they combined the history with anecdotes about reenactments they've attended on the grounds.


We were on the island to perform dances from the 1860s ballroom--mostly contra dances and quadrilles (it was too hot for much else, plus cement is a difficult surface)--ones that the soldiers at Fort Warren (both stationed and imprisoned) might have known (they were all from dance manuals of the period).

A special thing for me was that my parents came! It was really fun to have them there, and my dad is a great photographer so he also took some pictures of us dancing...which means I can share them with you! (and them--sorry they took a while, Mom.)

I also made a new dress! It's a light cotton 1860s day dress (and I haven't trimmed it yet, so the dress itself is kind of plain), made of really cool fabric: an original 1850s print of purple flowers. Quinn took a trip to a wholesale quilting store that carries historically accurate prints, and we all made dresses from the bolts she chose. Super neat!

I need to lengthen the skirt a bit and add trim, but overall I actually really like this dress. 1860s is always my favorite period to wear (especially to dance in!) and it's way better for hot weather than you might think. I was actually equally comfortable in this as I was in shorts and a tank top--although to be fair, I could also say I was equally miserable. On the other hand, the layers of cotton absorbed sweat and kept me feeling better than modern clothes...so after our performance we explored to fort and took pictures instead of changing immediately.

Enough about sweat! On to the pictures! 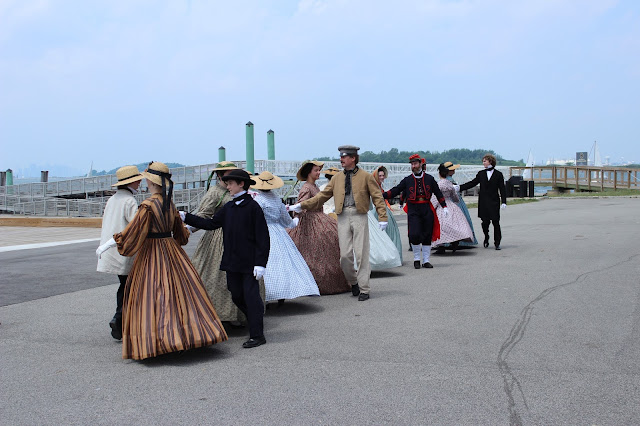 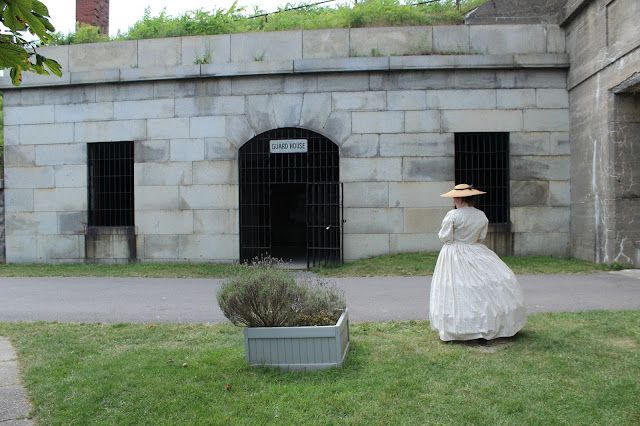 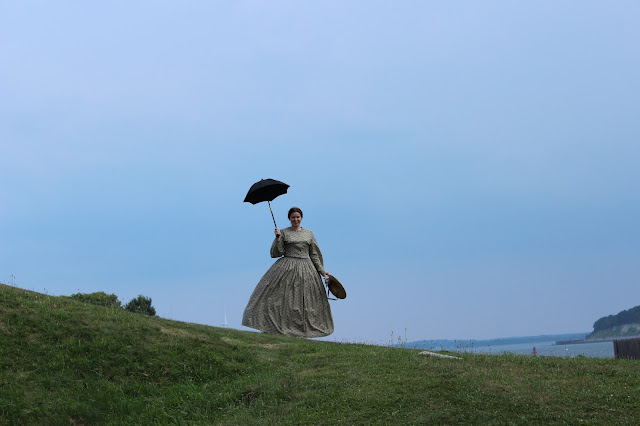 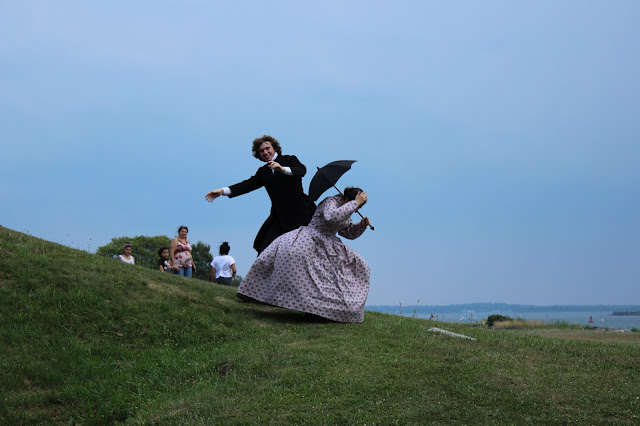 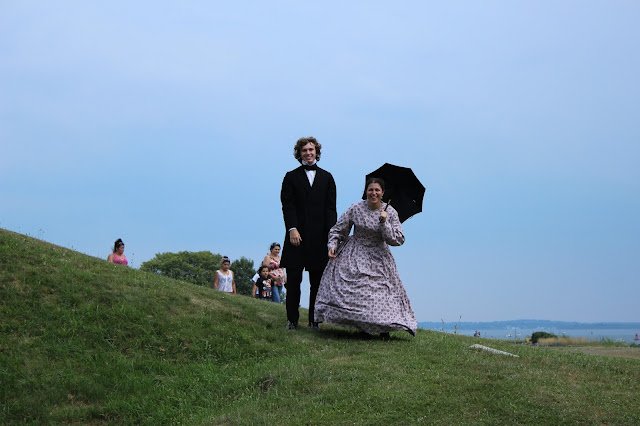 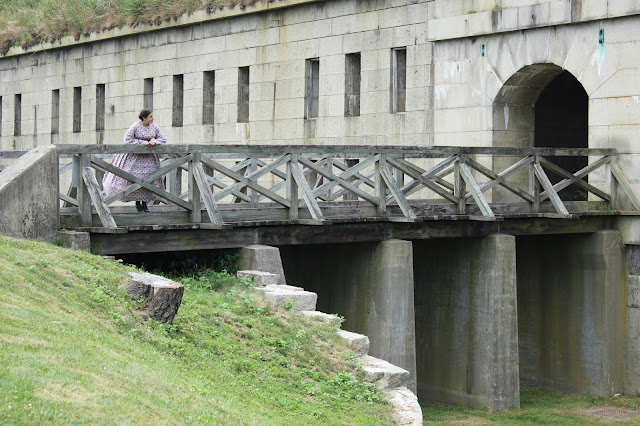 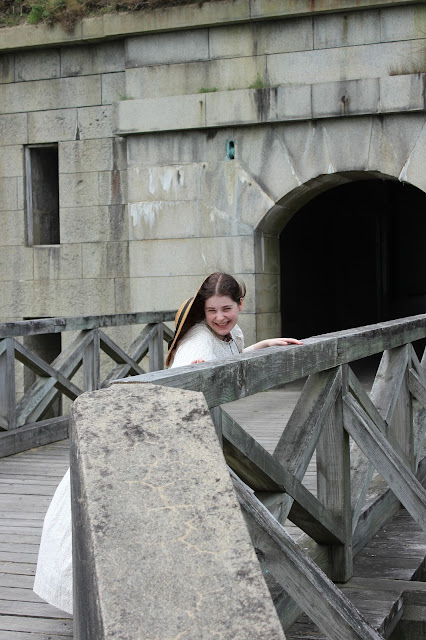 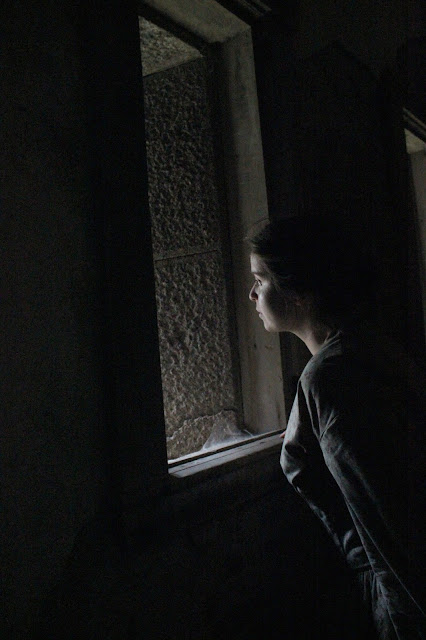 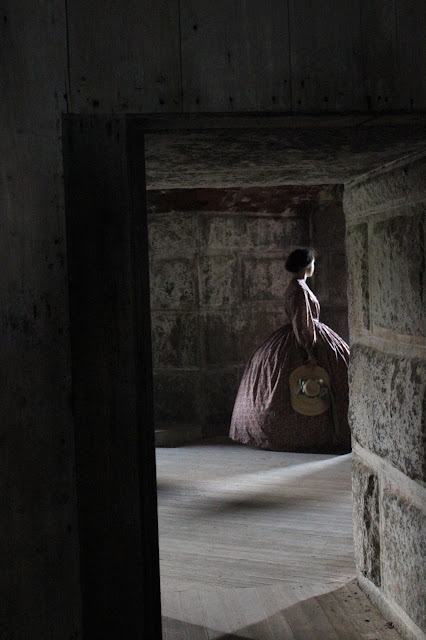 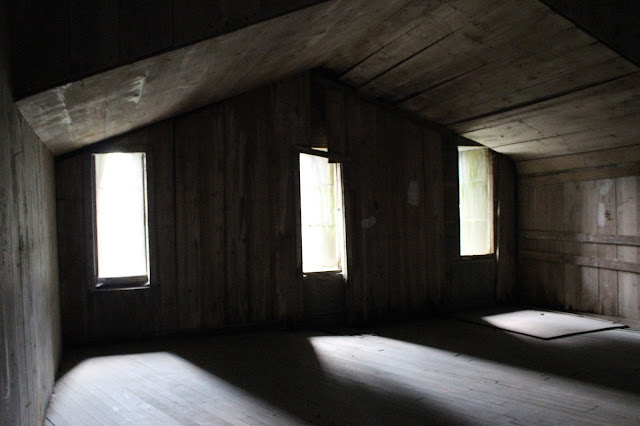 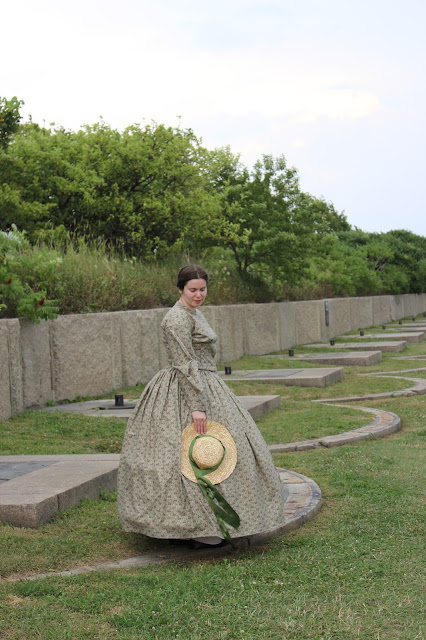 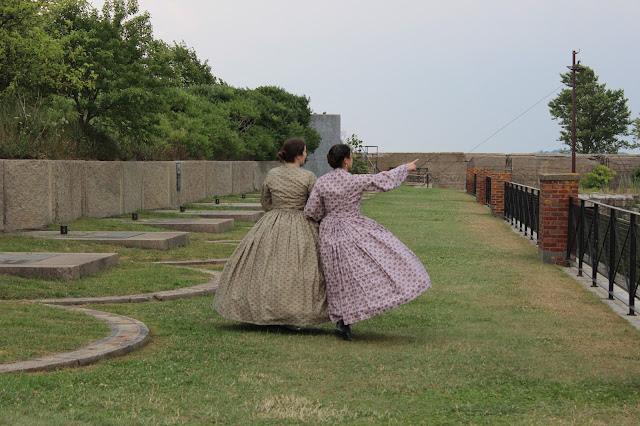 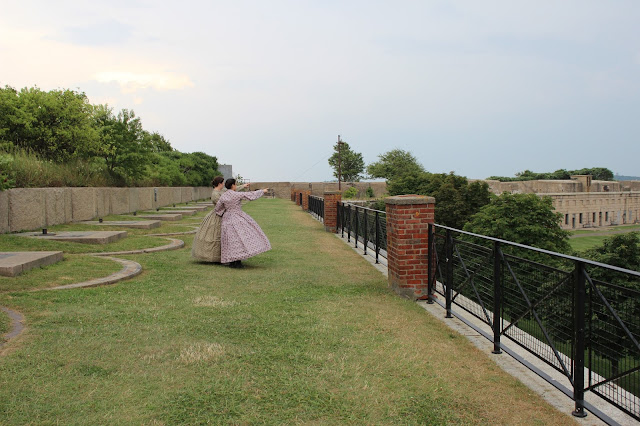 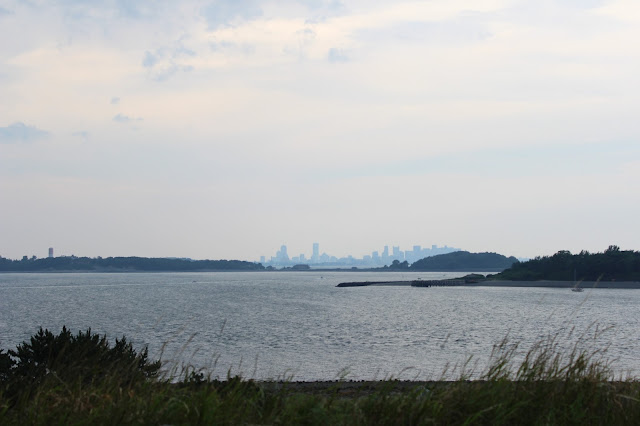 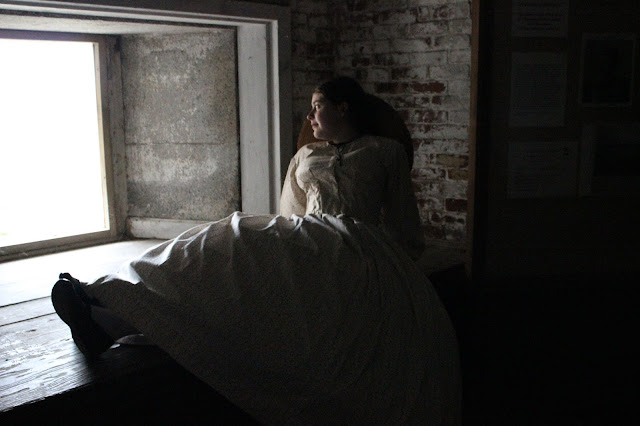 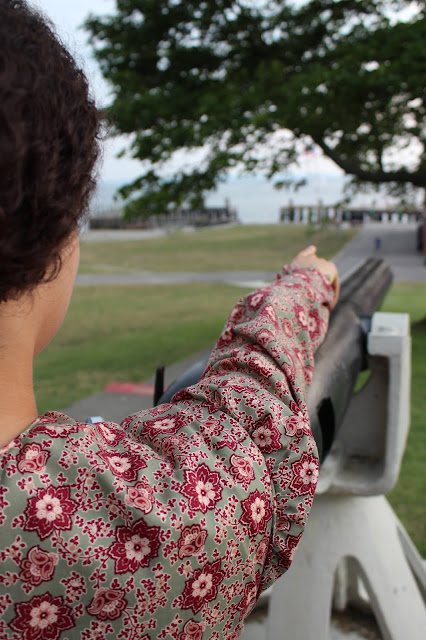 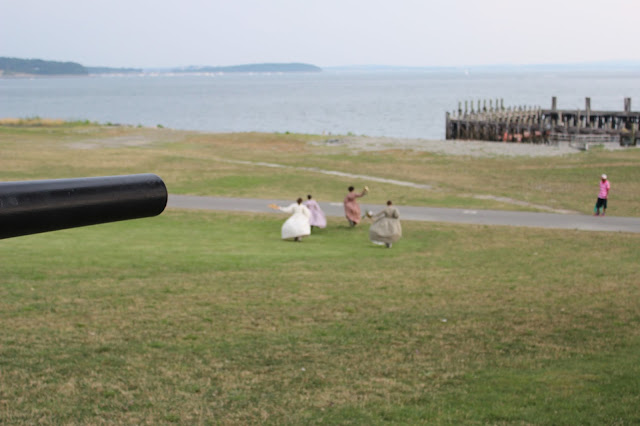 With the ball last night and the Crane Estate event last weekend, I am certainly learning to love the '20s. Today, while browsing the Victoria and Albert Museum online collections, I happened upon this printed dress fabric, featuring "Felix the Cat, children, and a dog."

Printed cottons for summer dresses aren't new--in fact, I'll be posting later this week about my new printed 1860s summer dress--but there's something about this cartoon character printed that I love for its wackyness. (I also want to make dresses out of super hero cotton and science fabric, so this is hilariously close.)

According to the V&A:

"This dress fabric is demonstrative of the impact made by Felix the Cat on the popular culture of the 20th century...Felix debuted in 1919 as the silent star of short animated films. He was created by Otto Messner and the cartoons were produced by the studio of Pat Sullivan. His distinct personality, comic pantomiming and the surreal, ‘magical’ quality of the animation gave him international stardom."

I haven't come across any crazy printed dresses in my brief search yet, but I'm totally entertained by this print. If I ever see Felix the Cat fabric, now I know what to do with it!


Also, if you're like me, you'd never actually seen any 20s Felix the Cat cartoons...so I looked some up! Here's one that involves a book called "How to Be a Vamp":

Stepping into the Jazz Age: A Lawn Party at the Crane Estate

I had a ridiculous weekend last weekend, and tomorrow is the Commonwealth Vintage Dancers' Prohibition Ball, so there are a lot of exciting things to talk about!

Even though it's out of order, I wanted to start with last Sunday, when I went to a fabulously fun event at the Crane Estate in partnership with Boston Swing Central, and featuring the wonderful music of the Baby Soda Jazz Band. Castle Hill was beautiful, the music was lovely, and even though I still don't really like the way I look in 20s clothes I love the spirit of the period and that was what that event was about.

So without further ado, pictures! And while you peek, listen to the strains of the Baby Soda Jazz Band. 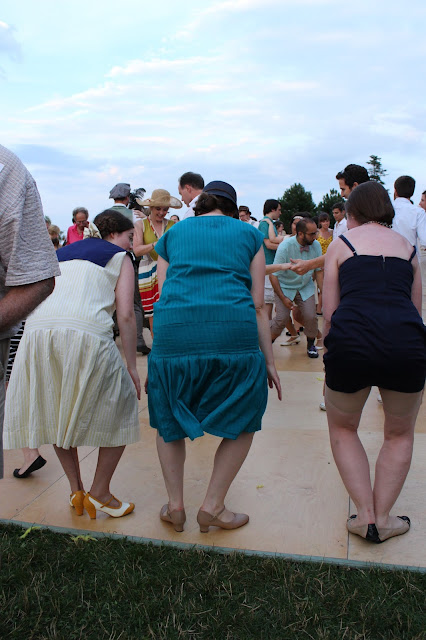 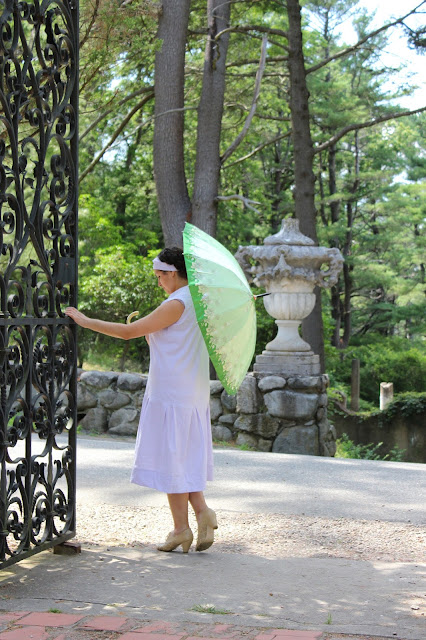 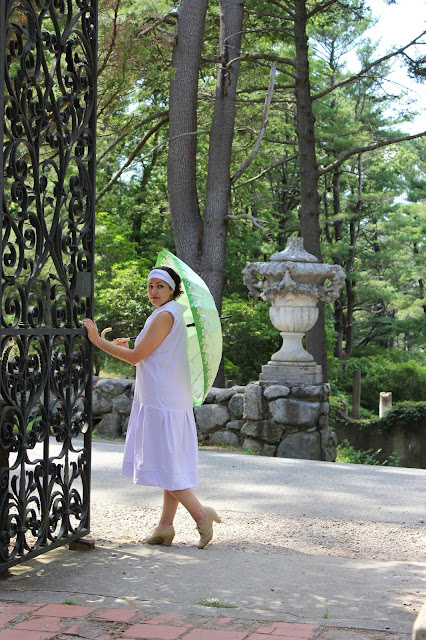 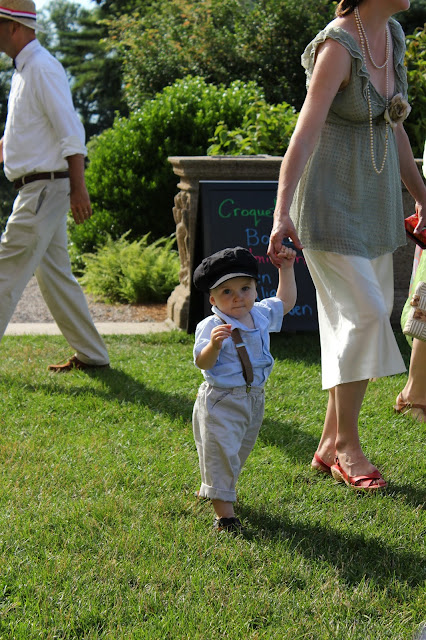