Moments from the Regency

After the super adventures day in the 1950s we popped off to the Regency era for a lovely ball at the Chelmsford Center for the Arts, who were int he midst of a Jane Austen weekend.

By the time we hit the evening I was feeling pretty exhausted and not very inspired to take pictures. However, I did end up taking a few shots I liked. They all remind me of freeze frames from a movie, so imagine your favorite Austen adaptation and enjoy! 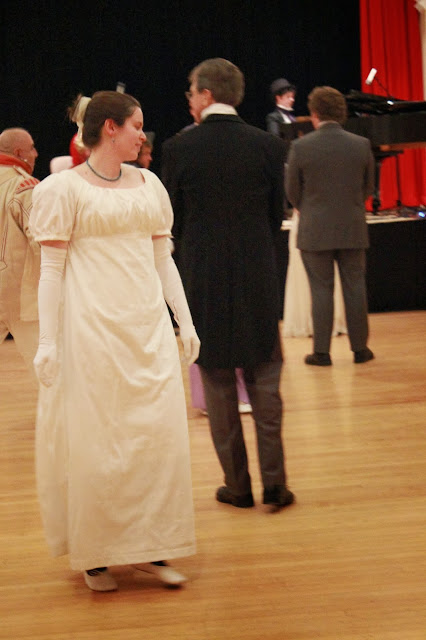 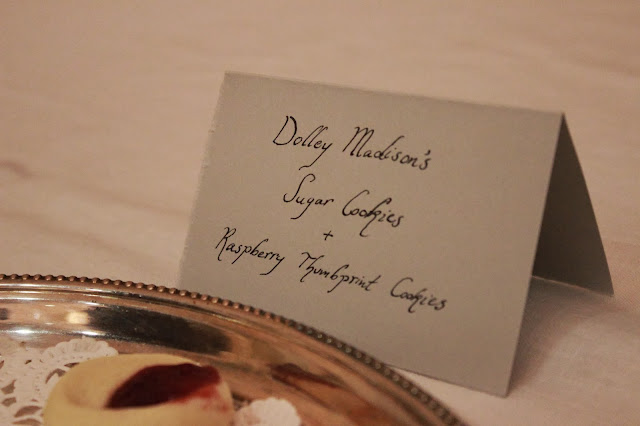 Rock Around the Roller Rink

This summer I found some pretty fabulous bright, stripey cotton while browsing for lining material. Around the same time, my friends and I decided it would be a ton of fun to plan a 1950s outing, because everything is more fun in period-appropriate clothes!

I always try to hit JoAnn Fabrics during their dollar pattern sales to check out the reprinted retro patterns, so when we decided to do a 1950s day, I already had what I needed. I ended up using B5748 and that stripey fabric I'd found.

Because our  my schedule has been insane this fall (I worked every weekend in September, thus the radio silence in adventure/blog-land), we weren't able to actually have our 1950s day until this past weekend. In the meantime, I had made my dress but never finished it because at the time it was too hot to iron. I had a whirlwind evening the night before, and the dress still isn't actually finished, but by the time I hit the roller rink on Saturday it was wearable. We had so much fun!

We started the day at Comet's Diner, a 50s-themed diner my mom and I go to whenever we can because they have real shredded hashbrowns, which we both love. I've wanted to go there in 50s clothes basically since the first time I walked in the door, and now I finally have. Yay! 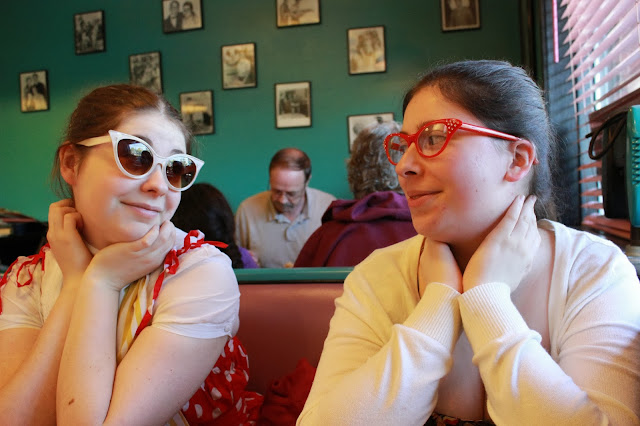 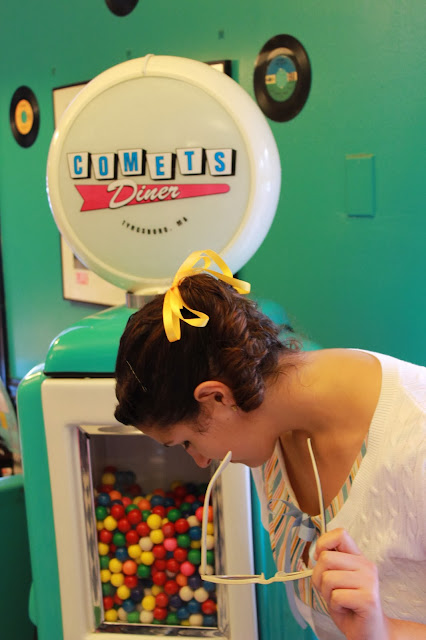 After brunch, it was too early to head to the roller rink (it's only open in the afternoon), so we ended up heading to Savers (our favorite charity store) to kill some time. On the way there was this really New England-y pile of logs among the fall foliage at the side of the road, so I got everyone to pull over and take some pictures. Art!


What we ended up with was basically the album cover shoot for a hipster/indie band. We named ourselves Queens of Rock. 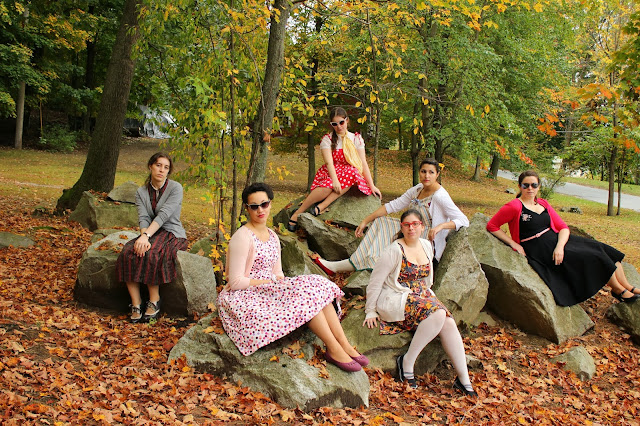 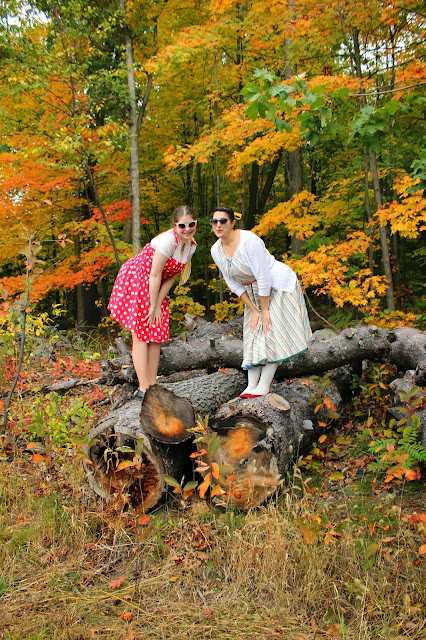 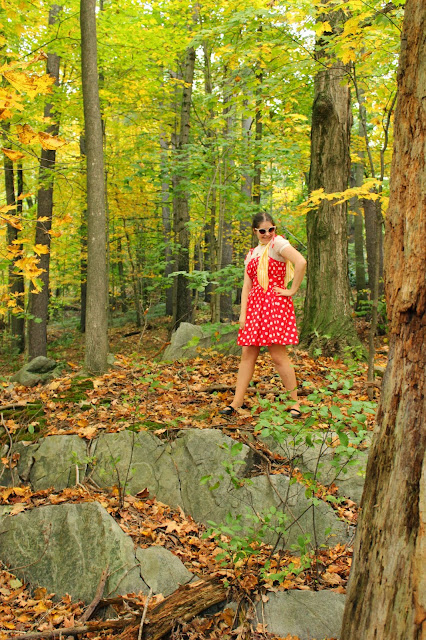 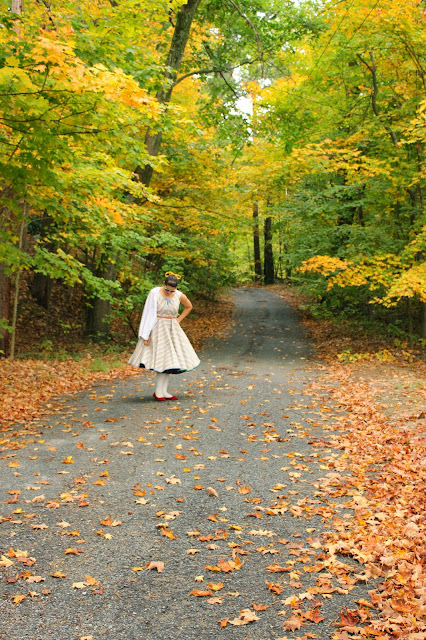 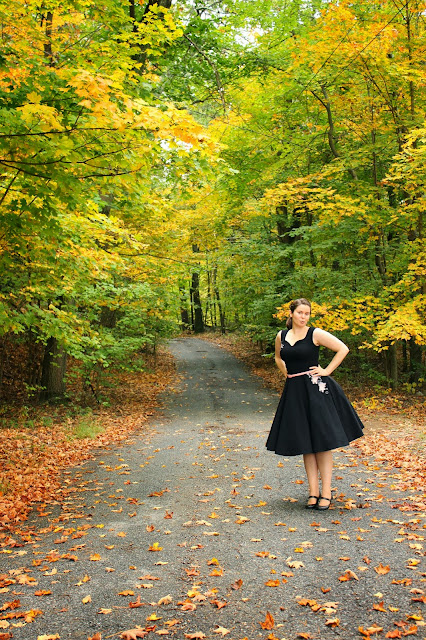 We finally headed to the roller rink, and even though I'm a speed demon (or at least, I used to be) on roller blades, we all rented roller skates to match our 50s dresses. It's a totally different experience, and I was a little shaky, but I was doing pretty well by then end. We all were--no major injuries and no death. WIN. 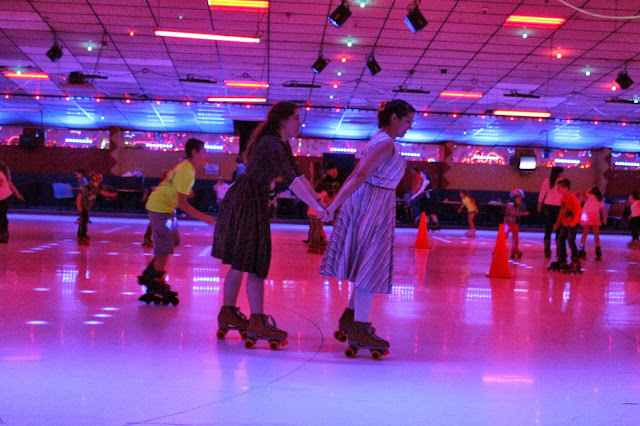 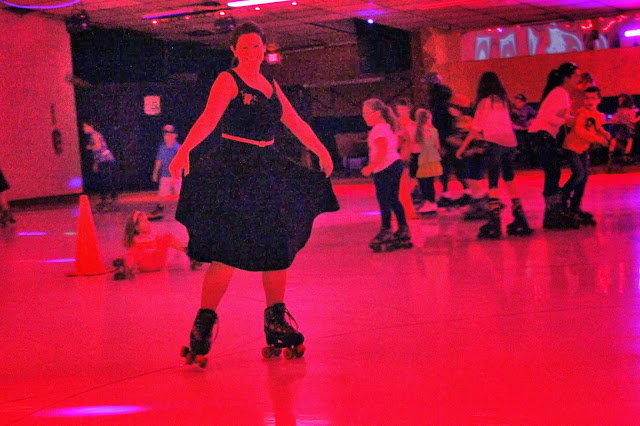 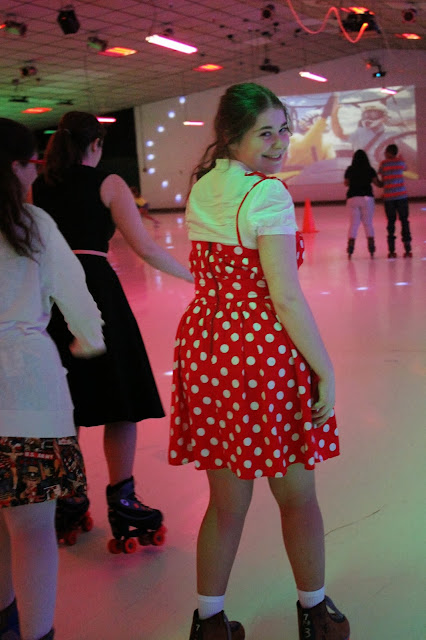 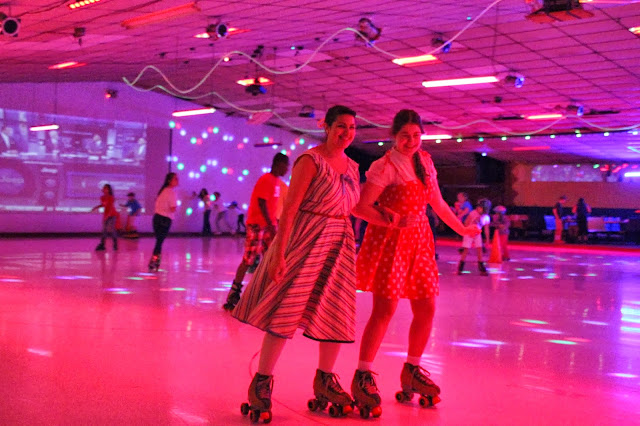 It was a truly wonderful day, and by the end of it we were all pretty tired. It was a ton of fun to have an adventure, go some new places, and hang out in a different period for a while. We'll definitely have to do it again!
Posted by L. R. Stern at 10:14 PM No comments:

Last Picnic of the Summer: Performance at the Commandant's House

The National Park Service hosted an event in August to honor their volunteers, and brought the Commonwealth Vintage Dancers in to perform as part of the festivities. While they ate their lunch we had our own Regency picnic, did a little dancing on the lawn (including one truly death-defying...or death-tempting...jete waltz on the grass!), and then eventually went inside to do some more serious dancing. We met up with some new friends and had a wonderful time!

In case you missed my last post, we also looked pretty spiffy!
But the real treat was that when we weren't eating or performing, we played graces! I've mentioned graces here before, but it never stops surprising me how much fun I have when we play. This time it was especially exciting, because there were a bunch of us and a bunch of hoops in a big circle. Before we tossed a hoop we would shout the name of the person we were tossing it to in order to get their attention. Sometimes it worked, and sometimes it just resulted in really funny faces and near misses.

Even though it's October, I couldn't pass up sharing a last summer adventure. Not one with such silly people! 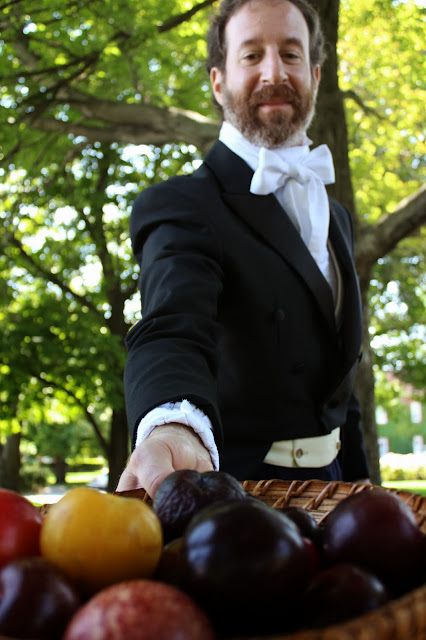 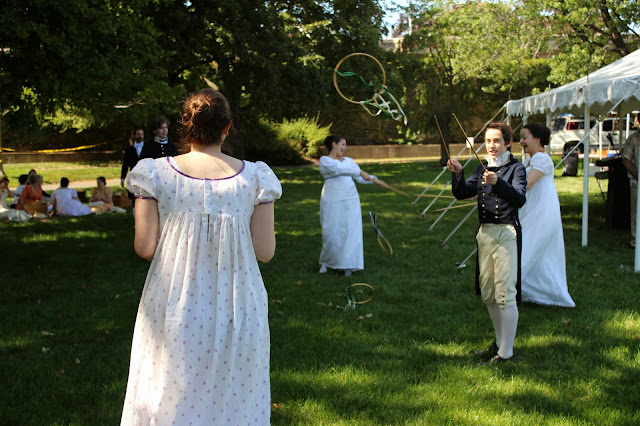 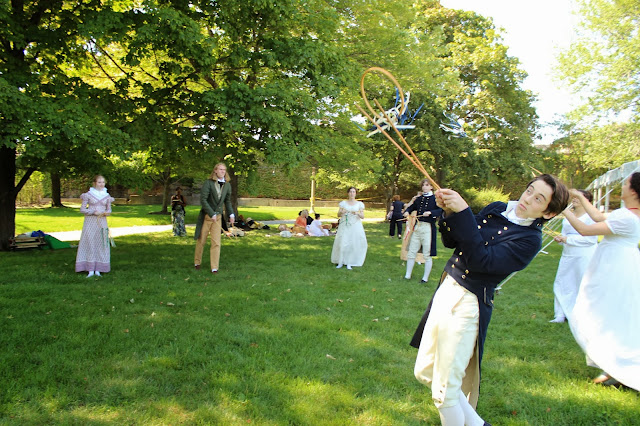 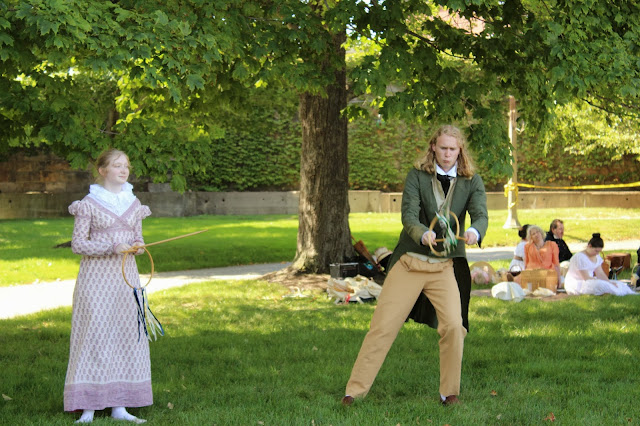 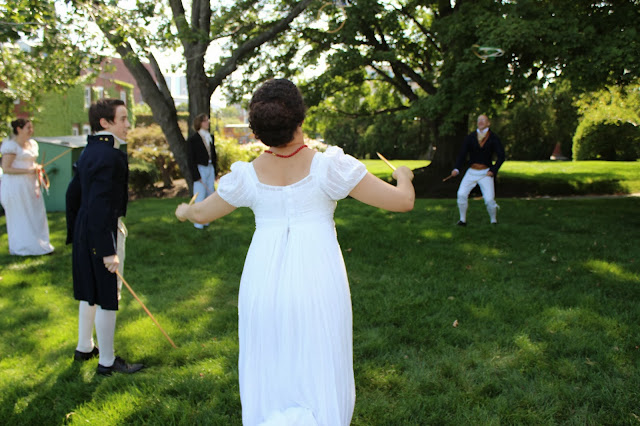