A Day at the Beach (in Black and White)

We've had some absolutely beautiful, bright, scorchingly hot weather the past few weeks, so I was thrilled to head to historic Nantasket Beach for an outing with the Tweed Club!

Of course, Saturday morning dawned clear and bright...and cool! Possibly the coolest day we've had in weeks, with the promise of thunder. Not an ideal beach day. But that meant that we had the place to ourselves, which turned out to be perfect for taking pictures and running amok in true 1920s fashion. Plus, our period bathing suits (and all the aforementioned running amok) kept us nice and warm despite the weather. Perfect!

Nantasket Beach was the perfect location for a 1920s outing, as it's been a popular seaside destination for Bostonians since the 19th century. The boardwalk was full of amusements in its heyday, from the Klondike Arctic exhibition (complete with live polar bears) to towering roller coasters, carnival games, and wandering circus performers.
Beginning in 1818, Bostonians eager to escape the city could take boats from Boston to Hull--everyone from U.S. presidents to workers on their day off would--by the 1890s, over two million passengers were making the trip each summer. Resorts, restaurants, and the amusement park entertained visitors when they weren't on the beach.


One particular amusement (a wildly popular one in Boston!) of Paragon Park was the carousel. Opening in 1928, the Paragon Carousel (known as PTC #85 for its manufacturer, Philadelphia Toboggan Company) features 66 hand-carved realistic-style horses and two Roman chariots (also pulled by horses). While the rest of the park has been dismantled, the Paragon Carousel remains as a historic legacy with its own museum and restoration workshop (which is an amazing process, still done by hand).

Best of all, you can still ride it!

Given the gray weather and our sporting togs, I was feeling inspired by photographs of beach adventures from the period, and I wanted to capture the same feeling: 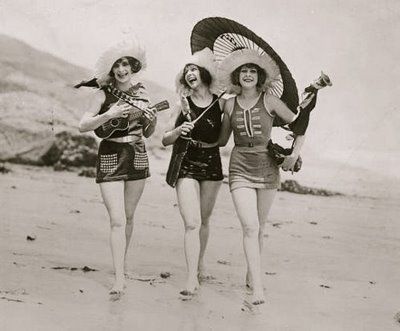 So when editing the photos, I decided to shift into black and white. I love the way these turned out! And don't worry--I have another post on my outfit (specifically my super cool new bathing boots) coming soon...and those images will return to lovely technicolor. But for now, enjoy the brief dip into the 20s! 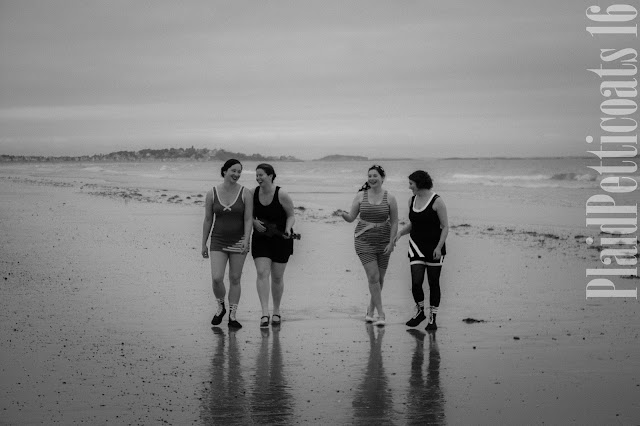 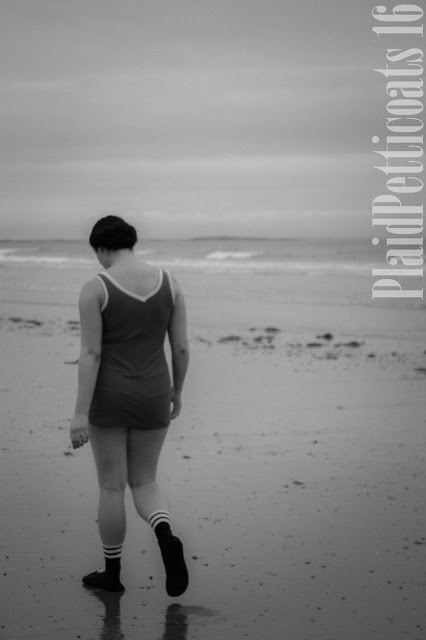 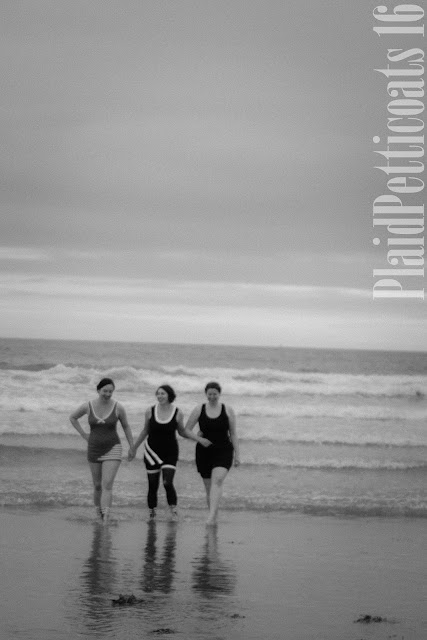 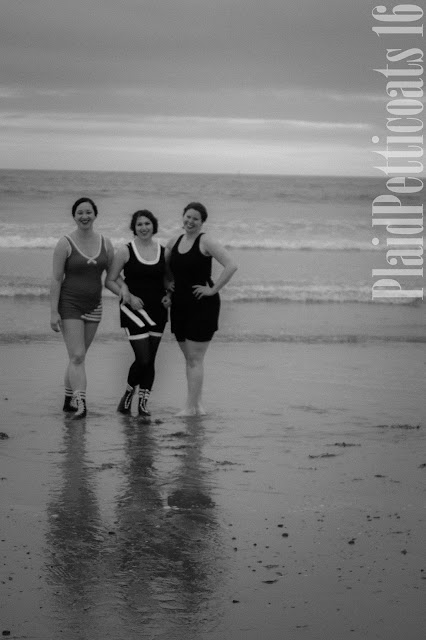 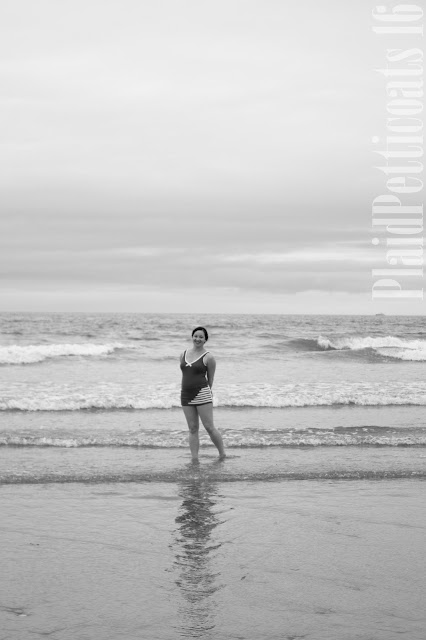 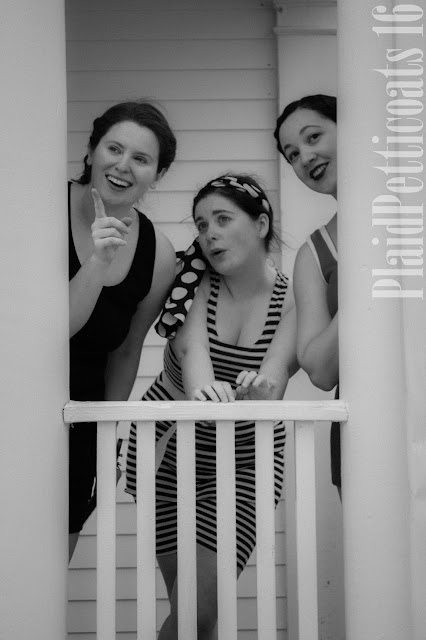 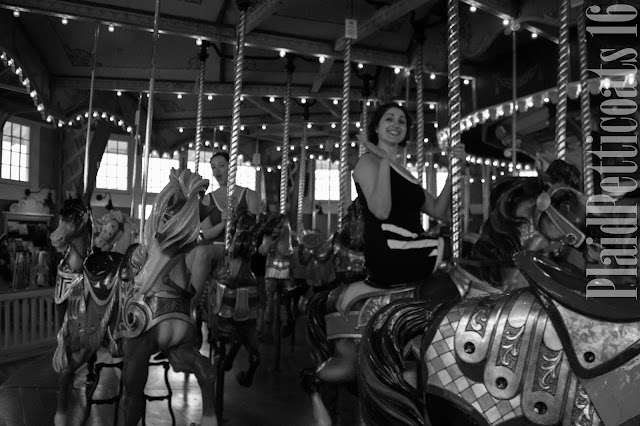 Our fabulous tweed club hosts did a great job organizing the outing, and it was a blast to attend! Thank you!
Posted by L. R. Stern at 12:33 AM 5 comments:

Feathers and Lace for the 1920s

I was lucky enough to hit a Unique Vintage sale a few years ago, and so it's been a long time since I made a 1920s evening dress. I associate the 20s with glitzy beaded and sequined ensembles, but lately a few particular dresses have been speaking to me that go against the image--they're chiffon and feathers instead. A very different kind of glamour, and I'm very excited to try it out!
I found some pretty great ostrich feather trim on eBay for a decent price, and snatched up 11 yards in a pretty periwinkle blue. The feathers came today, so now I can bring them to the fabric store to find fabric in a matching color! In particular, I'm very inspired by this dress:

Last trip to the fabric store, I found some really lovely gold lace. My plan is to make an overdress of gold lace, an under dress of something periwinkle, and then layer feather trim over the skirt panel to create the feather effect.

I'm pulling additional inspiration from some other glamorous numbers, which are trimmed in ostrich feathers rather than marabou I think:
Hooray for new materials to make an otherwise entirely unflattering decade feel downright fabulous! Now I just have to find the right fabric...
Posted by L. R. Stern at 12:30 AM 3 comments: