The last weekend of August I attended a super fun 1920s weekend with some friends, and it turned out to be the motivation I needed to not only get sewing again, but also to dust off my camera and get shooting. We picnicked, swan, played croquet and mah jong, met some awesome people, and charleston-ed our hearts out!


It was a really perfect way to end the summer (and it really was the end...I started grad school a few days later!), and I don't think I can capture it accurately in words. Instead, here is a giant (really, really giant) photo post! 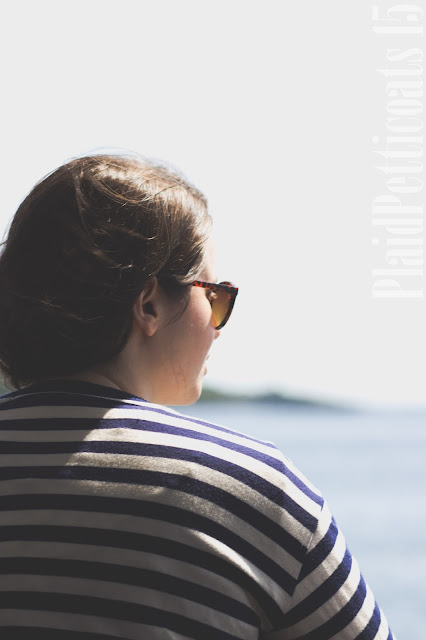 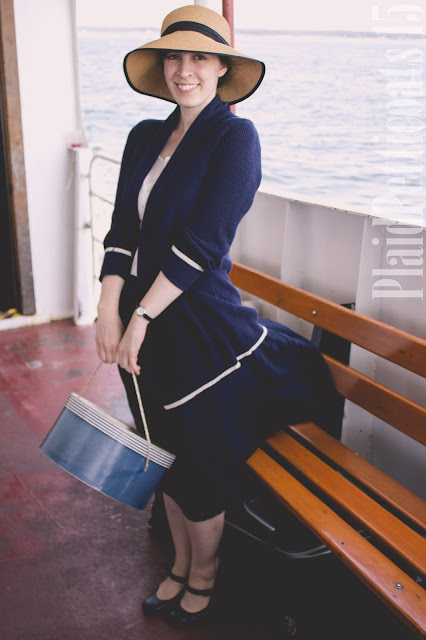 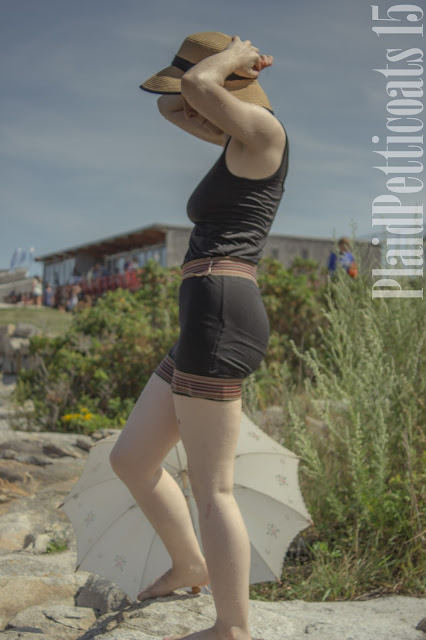 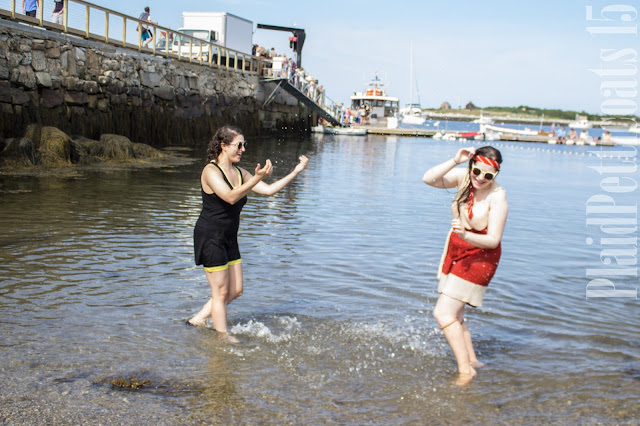 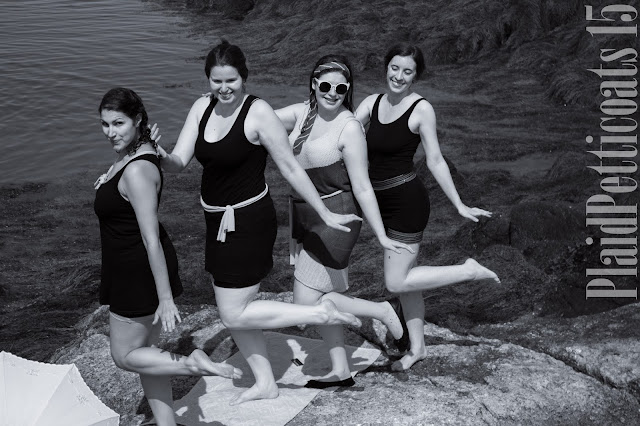 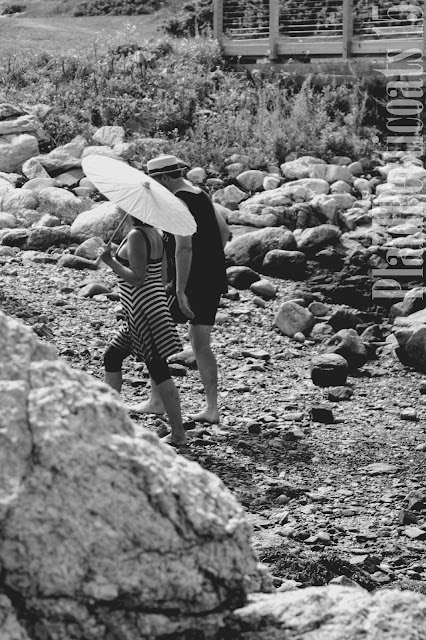 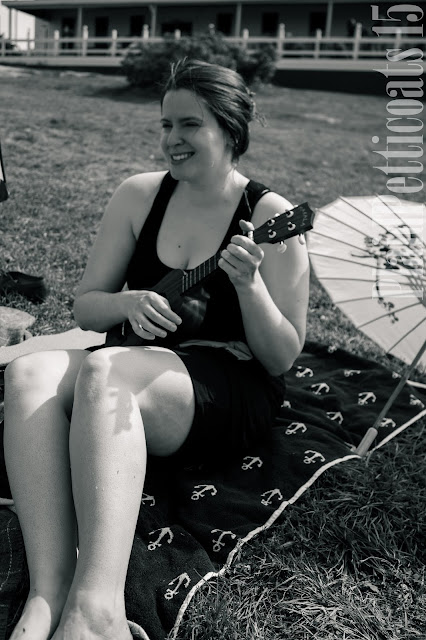 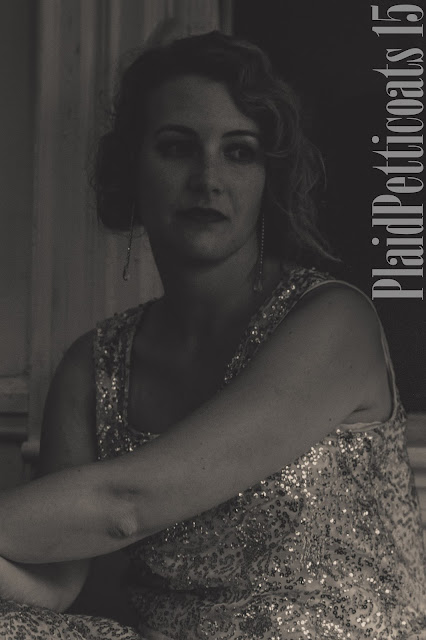 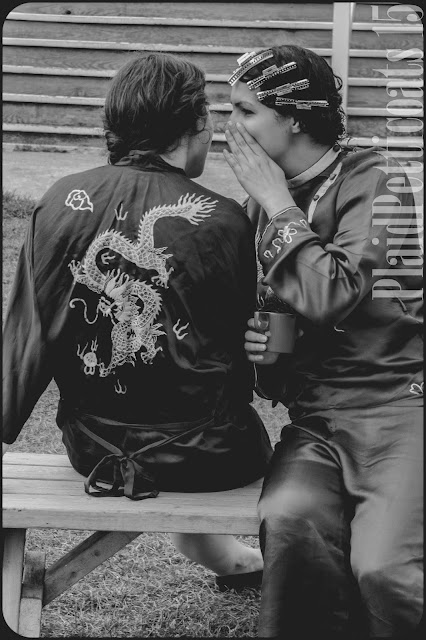 Of course, I managed not to get a single picture of any dancing! Luckily my friends were more on top of things than I was. Here's a video one of them took of a charleston--I'm the blur in gray at the very beginning.

Now all I need is a yellow car to crash! Or maybe not.

It's rare that I attend an event where I won't be dancing or playing croquet or climbing rocks or lugging equipment, so I don't have many occasions where it's remotely reasonable to consider something with a train. But recently I attended a 20s weekend event with a dinner, and since the dinner was separate from the dancing (and there was time to change in between), I could wear a dress with a train! So even though it was entirely unreasonable, I had visions of trained evening gowns floating through my head. Like these:


Then while doing research for an entirely different project, I found this Poiret from 1921. It was the last straw that broke my "don't buy more fabric or start stupid projects" willpower, and with a whole Saturday in front of me (t-minus seven days until the event) off to the fabric store I went!

I didn't want to exactly copy this dress, but rather draw heavy inspiration from it. I did find a very very close match for the velvet (although I think mine is slightly redder than Poiret's), so my color combination is similar (orangey-red, white, and gold).
As I mentioned in my previous post, Poiret was known for draping and using rectangles as the base for his designs, which meant that I could use a very easy base and then experiment on my dress form from there until I found a look I liked. This was a great fit for my schedule (which never happens! hooray!), as I got most of the measuring/cutting done that Saturday and then could drape/pin/tack down haphazardly throughout the week when I had time.

Overall this was a pretty smooth project (yay rectangles!), but when I was ready to add sleeves I was running low on fabric (which I suppose is good, since I was totally guessing on yardage and ended up being pretty spot on). I ended up going with a curved triangle shape rather than the long rectangles on the original, which maximized the fabric I had left and kept with the vaguely oriental shape of the dress. Except then I hated the sleeves! I felt like I was wearing a 1920s monk/medieval princess fancy dress costume, rather than an elegant evening gown. Whoops.

I didn't have enough material to re-make the sleeves, so in the end I left them. After wearing this to dinner, I think I like them after all.

The heavy velvet was lovely to wear, and trains are always fun. This entire dress (except for the triangular sleeves) is just rectangles draped into shape, but it flowed elegantly behind me as I wandered around. Hooray! I will say, though, that when you have to get up and walk about the dining room trains start to become way less reasonable...I spent a lot of time trying to avoid dropped food. Worth it! ELEGANCE!

Although this project was a little slapdash, I'm really happy with it. I actually don't have any fixes I need to make! I do want to find a source for some long fringe for the waist, but that's pretty minor.

This was a silly project, but it turns out what I needed to get a boost back into sewing after my crazy summer was some Poiret--not a period or aesthetic I'm usually drawn to, but maybe that's what made it work. Hooray, novelty!

Paul Poiret, "The King of Fashion"

It appears this last gasp of summer is all about the early 20th century--I was at a 20s event a couple of weeks ago, and now I'm gearing up for a fabulous suffrage rally and "Chelmsford Abbey" ball. After not having any time to sew all summer, planning for these events has ended up all centered around one particular designer from the 1910s and 20s: Paul Poiret. He was such an iconic designer that he was often referred to as the "king of fashion," and while I can't say I'd ever been particularly drawn to him before, all of a sudden I'm on the Poiret train!

Poiret was an incredibly influential designer with a flair for the dramatic, which appeared not only in his couture designs but in his relationship with theater as runway (similar to the modern red carpet at awards shows). Poiret began his career shopping designs to fashion houses around Paris before moving to work as staff for particular design houses. One of those was Worth, where Poiret was hired in 1901 to produce the less showy pieces for Worth clients--the "fried potatoes" of a Worth wardrobe.  At this time Poiret was beginning to experiment with shapes from other areas of the world, and designed a coat based on Japanese kimonos, which are cut along straight lines and lie flat. The story goes Poiret decided to leave Worth after one such coat for Princess Bariatinsky of Russia was rejected. Upon seeing the coat, the princess declared that it looked like the sacks in which heads are placed after beheadings--not a compliment! So Poiret left to set up his own couture house, where he could experiment with styles from a variety of origins for his muse--his wife Denise, whose slender build was ideal for Poiret's draped creations.

The Poiret house, started in Paris in 1903, went on to heavily influence popular fashions of the 1910s and 1920s. Poiret pioneered draping as a technique for design and construction, and heavily used rectangles as the base shapes for his designs--a huge departure from the accentuated curves and detailed fit of the 1900s. Along with other lead designers of the time (include Madeleine Vionnet, who invented bias cut dresses and protected the idea with a copyright), Poiret's flowy dresses moved away from the fitted gowns of decades past, and therefore were not tied closely to undergarments (thereby not requiring a corset). This was a monumental change, and these high fashion ensembles are a dramatic departure from previous silhouettes.

Poiret was particularly interested in drawing from the aesthetics of non-western cultures, primarily French colonies and/or countries beginning to trade with France, including North Africa, Japan, and the Middle East, as well as antiquity, such as the draped chitons of ancient Greece. The influence of these regions on Poiret's designs can be seen everywhere from wide headbands and turbans to wide "kimono" sleeves and the use of brocades.
While Poiret is famous for his Asian and Middle Eastern inspired designs, aesthetics from these regions became incredible popular during the 1910s in fashion and the arts. In June 1910 the Ballet Russes premiered Scheherazade, based on "1001 Nights," which was a smashing success. Inspired by a collection of Persian minitures, the costumes designed by Leon Bakst fueled the fire of Poiret's high fashion designs.

With the success of Scheherazade, Poiret launched his Orientalist designs in full--including the "jupe-pantalon" (skirt-trouser) for women, which was considered incredibly scandalous both for introducing pants into couture womenswear and the sexualized references Poiret made with the styles, which he called "harem" pants/skirts (both seem to be used interchangeably?). While I'm fairly uncomfortable with the term "harem pants" for its racist undertones (or not-so-undertones), the introduction of female fashions with two legs (no matter how baggy and skirt-like) is important because it aligns with several other movements towards more equality for women: the decline of the corset, the women's suffrage movement, and women's involvement in WWI. For this reason, I'm feeling particularly drawn to jupe-pantalon styles at the moment. It was exactly what the anti-suffrage movement was afraid of--women wearing pants! (and yet, the earth didn't explode...funny, that.)

Also, Sybil shows up to dinner in a "jupe culotte" ensemble in season 1 of Downton Abbey. Who doesn't want to dress like Sybil?