In which I think fondly of freezing

One of the things I love about living in New England is experiencing four seasons - and complaining about them. There is something to love about every one, but it is also inevitable that after a month and a half or so of winter or summer I start to think longingly of the opposite meteorological experience. So now that we're settling into high summer and we're in the midst of a drought and a heatwave, please join me in reminiscing of snowy February, when my toes froze and staying warm was a top priority project. 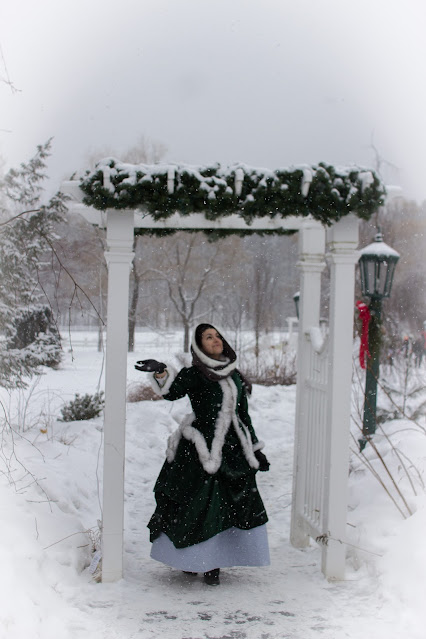 In particular, last February I realized a childhood dream of going to Nestlenook Farm in historical clothes. Nestlenook is a Victorian-themed winter resort built during the Victoriana fad of the 1980-90s. As a kid, my family had a somewhat-annual tradition of going to an inn in New Hampshire during December or February school break to ski, snowshoe, ice skate, and generally do all the Winter Things. (Also outlet shopping...but that's less quaint.) Nestlenook was one of the places we would sometimes go on those trips, and the picturesque "historical" aesthetic spoke to my teenage costume-nerd heart.

Friends and I have talked about going for years, but usually we're so busy, and good skating conditions so unpredictable, we never managed...until this year, when we somewhat last minute decided to go. We figured even if the weather wasn't great, we would enjoy getting away for the weekend in the bleakest month.

The week of our trip, temperatures rose and the snow melted, and it looked like we wouldn't be able to actually do any winter activities...but then the day we left, the temperatures plummeted again, everything froze, and we even spent the day in light snowfall. We couldn't have asked for better weather! 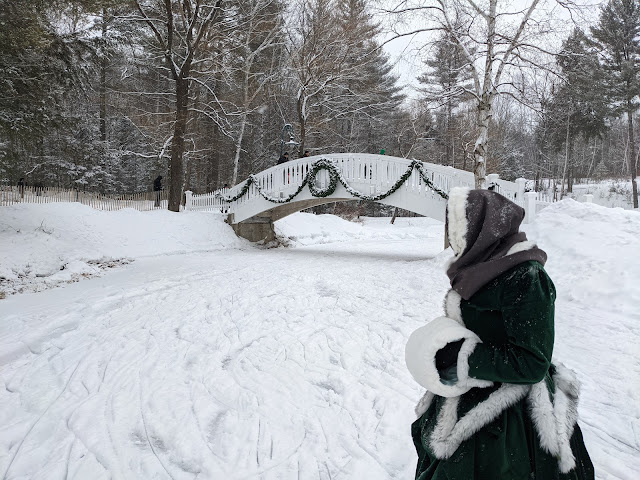 Our day consisted of a sleigh ride (on actual sleigh runners! not wheels! huzzah snow!) followed by hot chocolate, ice skating, and then dinner by the fire in the parlor of the inn. It was a lovely day! And then we went back for snow shoeing and more ice skating (in modern clothes) the next day because it was so nice to have such a large skating area!
(Ok, that was a lot of exclamation points...but it was a really great weekend.) 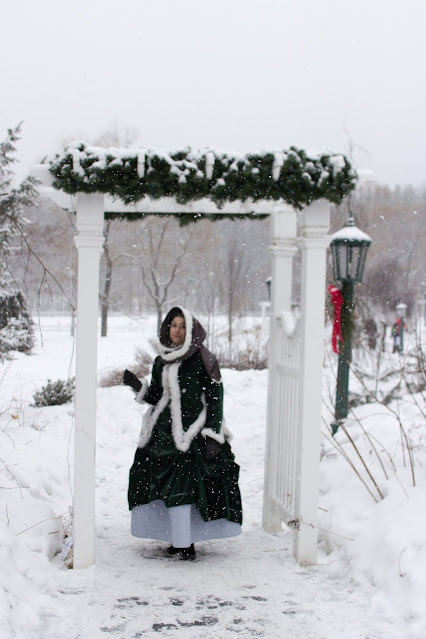 I have a whole post coming about my clothes, which pulled from existing winter gear as well as a new hood and quilted petticoat. So for now, enjoy some photos of historical adventures in the snow. 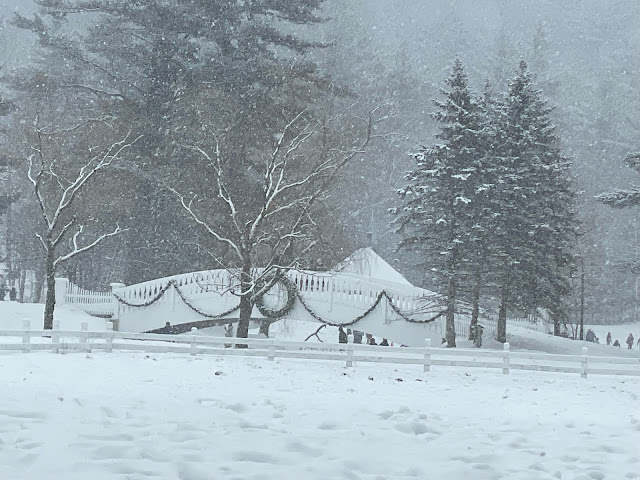 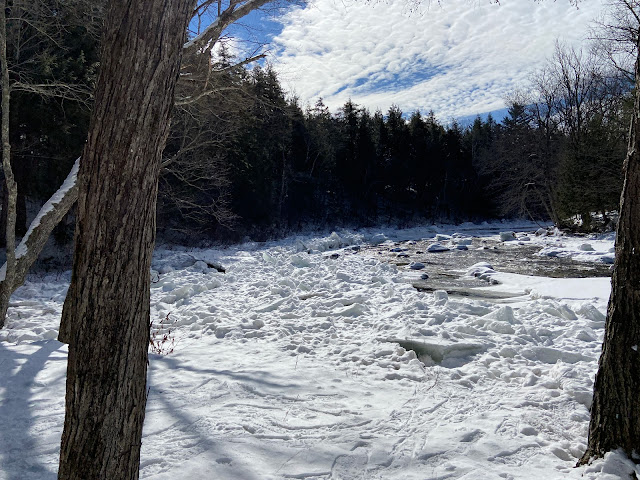 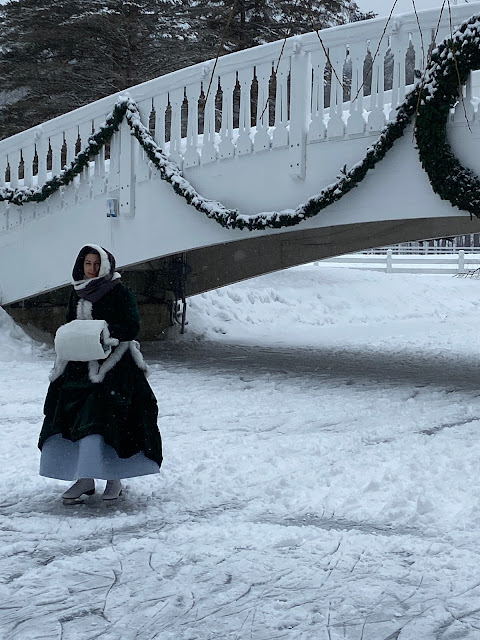 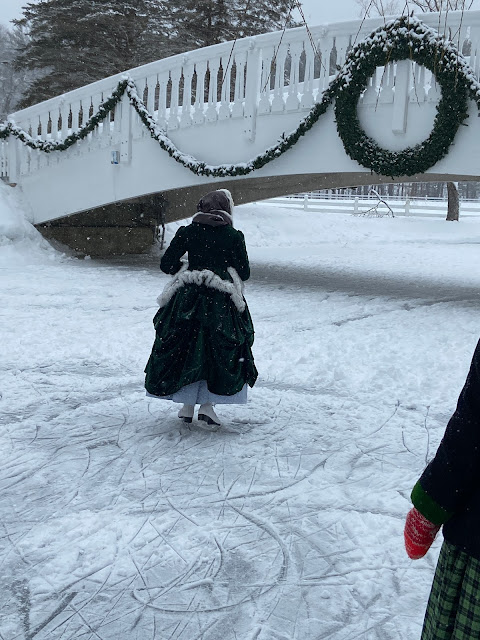 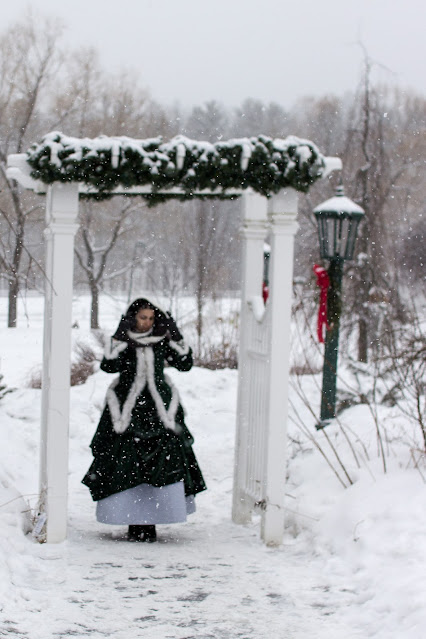 And in case anyone is wondering: I did not find it more difficult to skate in 1860s clothes (including a corset) than in modern clothes. I was able to bunny hop, skate on one leg, and spin just as well (or just as poorly) in historical garments as I can in modern ones. I just felt a lot more elegant!