The Great Pickled Limes Picnic of 2020

I've gotten a few comments recently asking how my pickled limes experiment ended, and I did make sure to carefully document results! But between *waves hands* the world and computer issues my inclination to write about pickled limes on the internet took a bit of a hit. And things on the world front haven't really improved, but my computer issues have been resolved! So no promises I'll post with any frequency, but I think I can promise I will post at least sporadically.

Anyways, on to the main event: how did the pickled limes turn out? 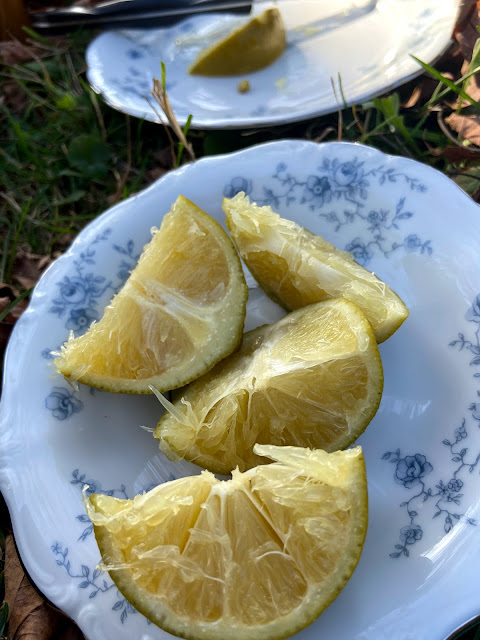 When I envisioned opening the limes and trying them out, I had grand visions of discovering a long-forgotten delightful snack...

But I am sorry to say that they ended up aligning more with the historical sources deriding them as an "acquired taste" only adopted by Bostonians.

That is overreacting slightly - they weren't all terrible. And there were still some decided differences in how they tasted! Science is cool, guys.

To help with the tasting portion of this project* I had the help of an esteemed panel of judges. We wore masks except while actually tasting, and stayed outside with ample space between our picnic blankets. Luckily we had a truly fantastic early October, so the weather was worth enjoying! 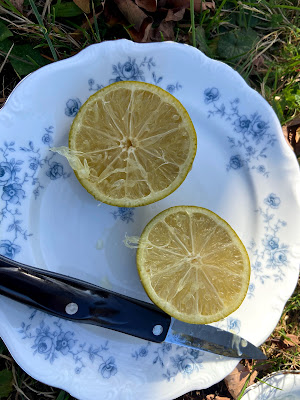 The plain brined limes surprisingly didn't smell like salt! They smelled...sort of floral?

"It smells like the toilet bowls in the Old Town Hall"

The taste was more salty, as I would expect given they'd been brined in salt water. I was expecting salt and sourness, but it actually wasn't sour at all. It tasted salty and organic - a little floral and musky.

The panel was more positive than I was, actually:

"Once you get past the initial salty awfulness it's ok"

"It has a musky floralness" 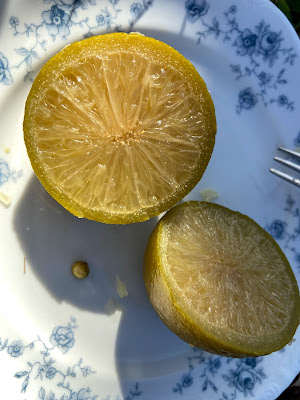 This was my favorite of the bunch, because the punch of the vinegar overpowered everything else. I like vinegar! I do think if I ever tried this again I would use more spices though.

The panel was more mixed:

"That one hits you hard"

"I don't taste any lime whatsoever"

"The peel is pretty nice" 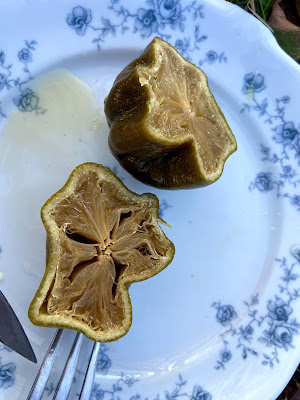 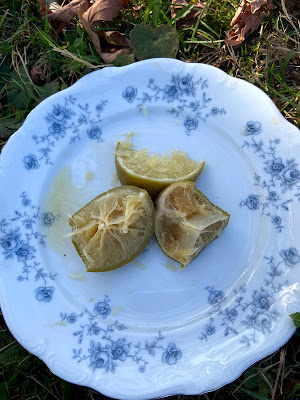 I expected to like this one the best but in the end I think I liked it without the sugar.

This one got the panel's vote though:

"This one is actually quite good" 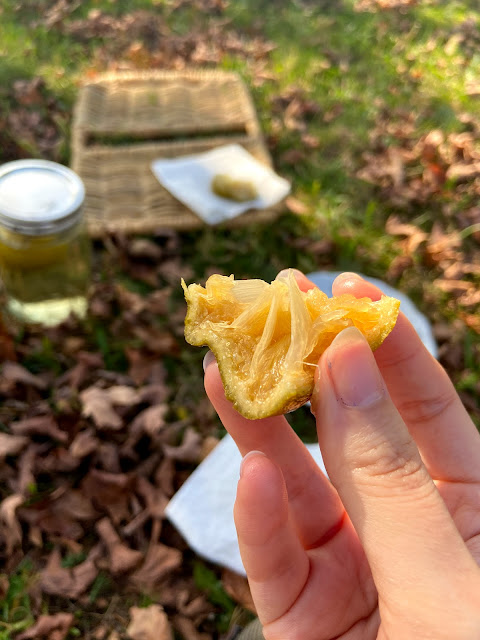 So there you have it! I am calling this a successful experiment, because now I have tried them. Would I make them again? Probably the sweet vinegar batch, with more spices. And I'd probably serve them with something. I used the same recipe (originally from an 1869 fruit pickling book) that I used for the sweet vinegar limes to pickle peaches over the summer, and those were delicious! Especially with manchego cheese and crusty bread.

When limes are next in season, I may try again with slightly different ratios (and try a batch where I pickle them in vinegar right away, instead of brining them first). But we'll see - for now, I think my appetite for pickled limes is satiated. 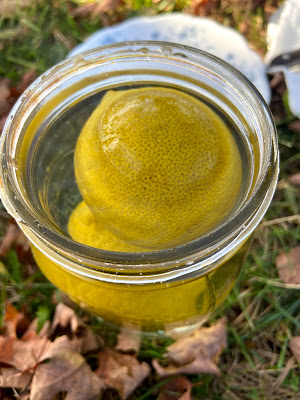 *Note: the salt-packed limes didn't make it to tasting. I ended up with something growing in there and it wasn't worth giving my friends botulism in the middle of a pandemic :(